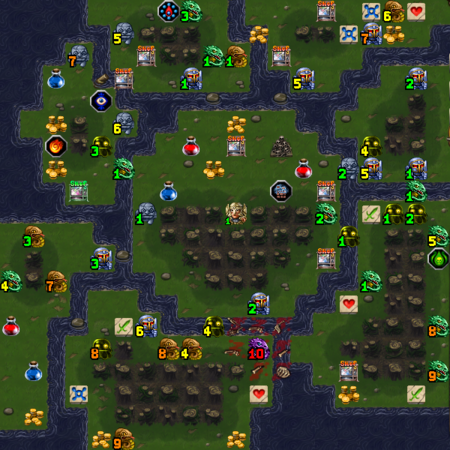 (add more information about the dungeon layout and enemies)

The Honour and Glory dungeon is the

The boss in this challenge is Scalespit, a dragon with 97 attack, 412hp, magical attack, mana burn and 75% magic resist.

The alchemist and blacksmith.

Human works quite well, and

Elf works to counteract Taurog's mana loss if you want to use your glyphs more.

Compression Seal. Explore a bit to find some glyphs to convert, get

Skullpicker. Use that to win the earlygame forever. Accrue Taurog's gear. Try to use

HALPMEH when you've just gotten another piece of Taurog's gear so as to maximize your piety gain and leverage your Holy Work class feature. Don't be afraid to use mana potions to spike high level fights, you're not going to be needing them for the boss. Good items to pick up are

BURNDAYRAZ even with Taurog's gear. With a midfight levelup, health potions, and Taurog's death protections, you should easily be able to take down the boss.