We did it! At this year’s Independent Games Festival awards (against all odds, expectations and core laws of existence) we managed to snag an award for Excellence in Design. 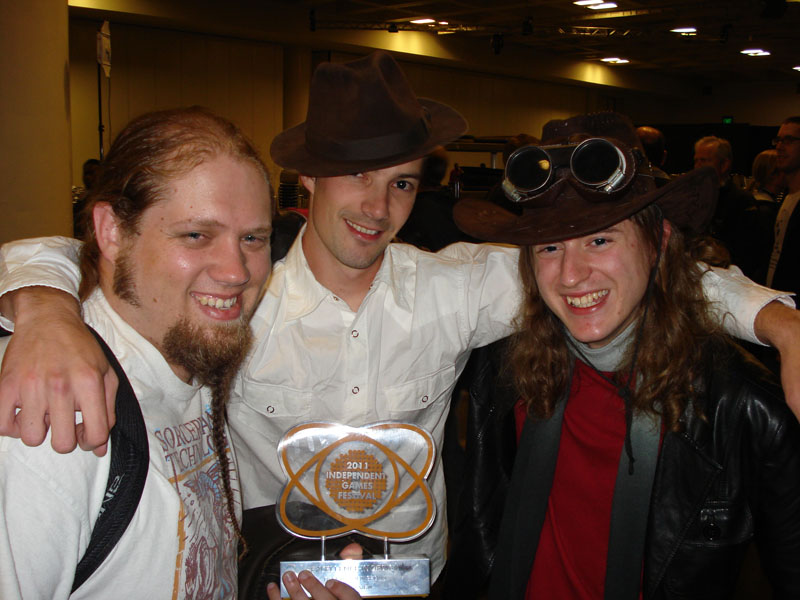 Yeah, this all happened on Wednesday, but we’ve really really only just been able to spend enough quality time with our laptops to make this post right now (touring and pressing and marketing and celebrating takes its toll, yo).

We’d also like to thank the other IGF nominees for providing us with endless fun and addiction whenever it looked like we were in danger of doing something useful instead. A special mention goes to Super Crate Box, which is possibly my favourite game of the festival and made the hour-long commute to San Francisco every day that much more bearable.

If y’all wanna see us embarrass ourselves on video, you can take a look at the awards ceremony video over at Gamespot — the Design nominations start at 14:00, followed by our acceptance babble.