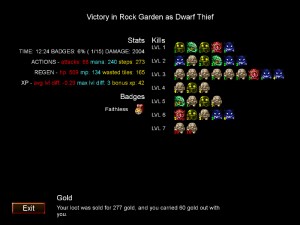 
12 Responses to “Thinking about the End-game”