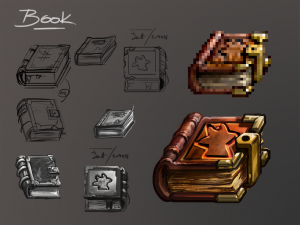 We have a treat for intermediate and expert players wanting a game-wide difficulty spike: the new Vicious Token is out and about and hidden within the Kingdom somewhere, allowing suitably experienced adventurers to sally forth and make their own lives much more difficult for some reason or another.

We took a while with this one, mainly because other difficulty elements are always up in the air, but we have to admit that stepping into a Purist Den run has suddenly become a lot more interesting than it was before …

Classes and certain game features have also been hit with the nerf bat again. In fact, the list of changes is reasonably chunky. This probably makes it the wrong time to introduce our massively more difficult game mode, but one can never underestimate the creativity and tenacity of the Desktop Dungeons player base. We’re sure the veterans will manage. Somehow.

This week provides lots of small tweaks alongside the big ones. Check the changelog below for all the details: