What is Desktop Dungeons?

** We won the award for Excellence in Design at the IGF! We also revealed the Unity version in public for the first time and got some great feedback. **

Desktop Dungeons offers an unquestionably unique approach to roguelike games by taking compactness to the extreme. It distills the entire genre to a few core ideas which pay homage to the greats while forging new ground with gameplay similar to that of Oasis or Tower of the Sorcerer. It also features emergent complexity that rewards truly skilled and thoughtful players.

With an extensive character unlock system and an average play length of about ten minutes, Desktop Dungeons is a great coffee-break game for just about any player.

Once you’ve got the game and have questions on strategies and the like, hit up the DD Wiki for enlightenment, or visit the DD discussion thread on the NAG forums to interact with other community members. 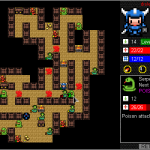 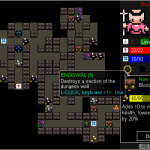 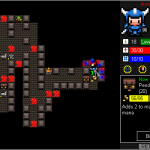 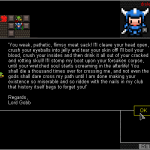 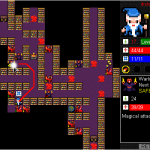 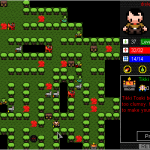 “A perfect balance between casual and hardcore” – Gamasutra’s Best Of 2010: Top 10 Indie Games