Made at the 2013 Global Game Jam, this was one of the first things that leapt to mind after the ‘heartbeat’ theme was announced. A couple of other ideas were tried, but this one persisted, and about 24 hours in, we decided to just dive in and see how it felt. We quite like the outcome :)Art by the talented Dorianne Dutrieux 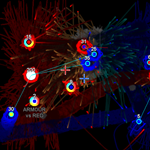 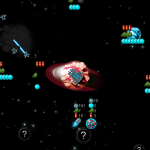 For the 2011 Global Game Jam, we were given the theme “Extinction” … so we proceeded to craft a game with only the most tenuous lik to the theme. The Last Fleet is about the last surviving humans running away from an ominous Death Cloud, that consumes planets in its path … and seems to have a taste for humans. Your job as the fleet commander is to balance the resources of Fuel, Cheese, and Population, while trying to remain ahead of the impending doom.
Art by Luke Viljoen (Tasty Poison Games)

The Last Fleet on the Global Game Jam 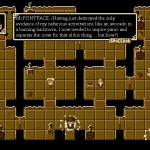 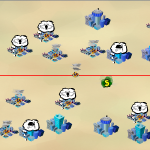