As IndieCade finalists (which we might have mentioned previously), we were asked to make a team video that went some way towards explaining either something about us, our game or why we made games in general. We weren’t really sure what to do at all and thus ended up with this:

This week also marks the start of our epic travels as we’ve arrived in Johannesburg (no longer in the pointiest bit of Africa anymore, alas) to prep for rAge – our local games expo. Among all the general awesome that permeates the coming weekend, we’ll also be talking about what we’ve learned this past year as part of a game development community event. It’s going to be amazing. And then we hop on another plane to LA when that’s done… Synergy, I tell you. 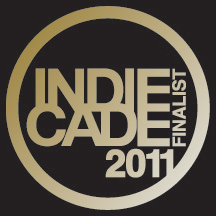