Events and handlers and stuff

So basically, the upcoming Unity version of Desktop Dungeons is running on a homebrewed, event-based system of awesome programmy proportions. This system offers several distinct advantages over what I (clumsily) implemented for the freeware. 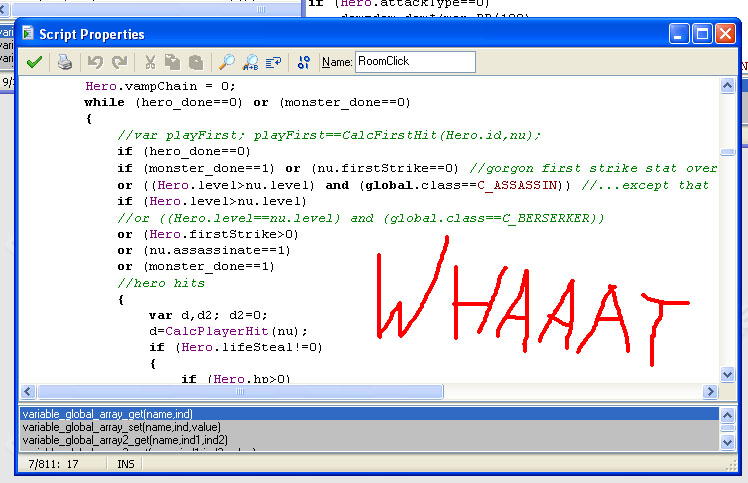 All your edge cases are belong to us. How did I ever get my programming degree?

VALUABLE POINT ONE: Since every meaningful game event that we play through has a set of values which can be stored in association with that event, we can save “playthroughs” of individual game sessions and replay activities at our leisure. Read: player input, easy debugging!

VALUABLE POINT TWO: Instead of writing special case code for every unique combination of scenarios that get tacked on to the system during dev (think of about half a dozen conditional statements for most common occurrences), we can allow a potentially limitless number of handlers to listen out for any events that we want. For example, when the character gets poisoned, we get a health bar handler to listen out and change the input to green, while a player poison handler usurps the role of the regular regeneration handler whenever dungeon tiles are revealed. Then, without much trouble, we can add extra effects to the poison later by simply adding new handlers that listen out for it.

Those of you who have ever studied computer science formally have probably heard of event-based systems like this before, so some of this should already be ringing some bells. For people like me who kept falling asleep in class, the process has been rather challenging to get to grips with, but the net result for players is undeniable: a bigger, better and more flexible game system that’s easy to extend at any time! 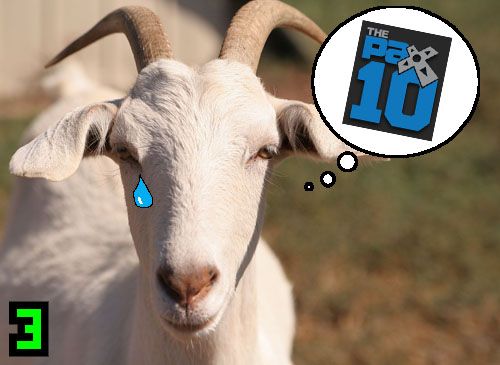 Okay, so we shopped in the tear. Doesn’t mean the goat isn’t still crying on the inside.

Deciding that we were cocky enough to want a piece of the PAX 2010 pie, we sent the recent freeware draft of Desktop Dungeons to their board of shadowy judgement figures. Turns out we didn’t get too far (they cited, among other reasons, a dislike for the colour purple and an all-consuming hatred of farm animals), but we’re pretty damn sure that we’ll have a little more luck when we shove our commercial reboot down the IGF’s throat a little later.

In the meantime, we’ve been looking at the list of games that did make the bar and most of ’em seem pretty gosh-darn cool. Familiar faces such as Super Meat Boy are present alongside stranger-looking titles like Shibuya, and the competition has pretty good representation across most major platforms.

Few of the games listed have actually been released yet, but I guess that’s just further incentive to hit the PAX floor and get a sneak preview. Or some autographs. Whatever floats people’s boats, really.

Game Design, Bauhaus, and (a tiny mention of) Ebert

By now, news has already been spreading about Roger Ebert’s latest statement about the hotly-contested relationship between games and art: apparently granting some leeway and collectively cutting gamers some slack and stuff.

The TL;DR version: Ebert’s blog post basically fesses up to the fact that he’s not any sort of authority on gaming. Therefore, he’s not the sort of individual who can make any convincing calls on its value or status as art. Great. Nice one. Now we can all wave our little flags, feel legitimate about what we do and write an entire new wave of art game articles for hungry readers. I’d be lying if I said I didn’t care at one point, but the whole shindig is starting to feel a little bit old. I don’t think I’ve heard any drastically new and interesting points of view on the matter for quite a while, and I doubt that this state of affairs is going to change any time soon. (Of course, as soon as I wrote that I practically tripped over this awesome read) 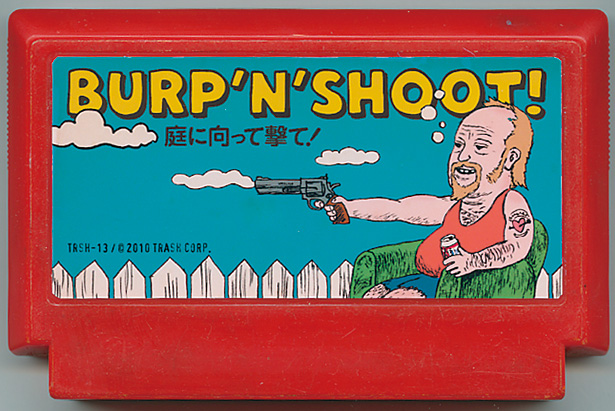 Instead, I’ll rant about how much I like Bauhaus as a school of design, and how its core philosophies have helped me develop games that I can be more proud of. So let’s go ahead and have a chat about art that’s (hopefully) kinda constructive! END_OF_DOCUMENT_TOKEN_TO_BE_REPLACED