The dream, re: Living it

So we just finished another advergame. That’s cool. But it’s not what QCF is for and we know it. The awesome part is that we can totally afford to self-fund Desktop Dungeons, which is what we’re doing come April 1st (auspicious day to go full indie, eh?)

The less awesome part is that we’ve still got loads of “other” work coming in, the sort of work we did to be able to fund our own game ideas. So the dilemma becomes one of what to do with work enquiries that you would have jumped at a year ago. The way I see it, we have three options: END_OF_DOCUMENT_TOKEN_TO_BE_REPLACED

The TIGSource community recently managed to get its collective hands on Desktop Dungeons, and the good folk there have been tearing it apart with felt-tip pens and pixel sorcery ever since.

Derek Yu has set up this cool thread for DD tilesets and the like, so head on over if you’re interested in crafting or downloading cool new looks for DD. Some of the highlights include Yu’s DD tileset, a sci-fi interpretation from PencilInPain and a classic roguelike set by Hangedman.

The tileset editor in Desktop Dungeons isn’t really that amazing (right now, it actually just consists of grunt file creation and placement), but it’s pretty awesome seeing what styles people can come up with. This, combined with the interface overhaul in coming versions, should help make the game look all varied and stuff in addition to being oodles of fun.

We’ll try to grab some of the better tilesets we see and bundle them up with future releases of the game. It would be a shame if future players missed out, after all. 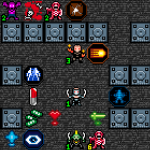 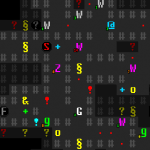 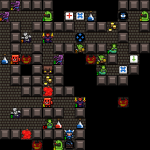 They done linked to it. Is what we mean… Our recent Global Game Jam entry, YouDunnit, has popped up on both Play This Thing and Boing Boing, making us happy that Greg Costikyan was able to sit through the initial feelings of WTF and frustration that we didn’t have time to polish out.

We’re proud of YouDunnit’s concept, it’s really nice to have someone else pick up on that out of the blue. It’s also humbling: Someone in the Boing Boing comments mentioned Braid. Hah, no, it’s not quite as cool a game as that. In response, we’ve created a new section for 48 hour games and other quick-turn around stuff as we do it. We should probably create another section for Nandrew’s epic collection of games, but he’s so prolific that it would be a ton of work…

I can’t believe I missed this, but EVOKE episode 3 is now live and challenging players around the world to go out and Inspire each other. On the way, more is revealed about Citizen X and a host of new missions and research await: 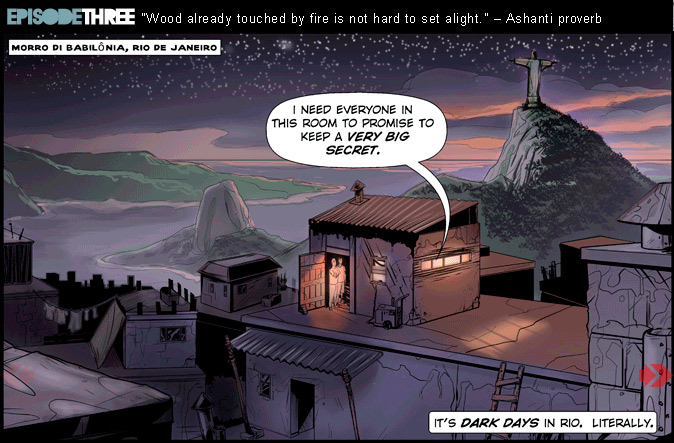 Evoke is an ARG by Jane McGonigal in partnership with the World Bank Institute. If you’re not living under a rock, you should have seen the CNN coverage or the TED talk about games changing the world by now.